Chops: The Triumph of Experience

Chops is an ‘Expert Insider’ series, edited by Eoghan Nolan and Gerry McCloskey and featuring some of the liveliest minds around.

First up for the chop are:
Eoghan Nolan – Battle-scarred copywriter and survivor of a hundred pitches, shows the way to Utopia.
Roger Doyle – Godfather of Irish electronic music and newly appointed Sage of Aosdána, describes his working process.
John Fanning – Ireland’s brand luminary explores the point where a nation becomes a brand and evaluates brand Ireland.
Vinny Warren – From a private joke to a global phenomenon; a first-hand account of the making of a famous campaign.
Elizabeth Magill – One of our most sublime and accomplished artists on the immense power and presence of trees.
Mags McLoughlin – Instigator of one of the most intense fundraising drives ever, Mags became the ultimate agent of change.
Gerry McCloskey – For his final college work, Gerry thought big. Big format, Big Apple, and the biggest artist of his kind. Warhol, actually.
Nuala Goodman – Milan-based artist & designer Nuala reflects with warmth and wisdom on Ireland and Italy and her attachment to the two.
Eithne Hand – Eithne has been most places in Ireland – twice. The producer and writer gives us her insight into our island’s love of the live moment.
Anya von Gosseln – With the Soviet Army closing fast, young Anya and her family fled war-torn Breslau. This is her striking story.
Fintan Cooney – From Account Director to Funeral Director, Fintan has never been shy of a deadline.
Samantha Norman – Pre-Kardassian: Samantha’s parents were celebrities before the age of celebrity.
Declan Jones – Years in a rock band taught Declan it was possible to become what you wanted… and how to sleep sitting upright in a van.
Philip McAllister – When Philip first reached Argentina, he met his family. They had got there 127 years before him.
Jane Doolan – From Saatchi’s to Sardinia, via South Africa, Jane found that elusive balance between work and life.
John Murphy – From tragedy to comedy, John’s is the sometimes harrowing tale of a true detective.
Anya von Gosseln – Sailing to New York, young Anya jumped ship at Cobh – and went against the tide.
Lynne Parker – Acclaimed theatre director Lynne explores borders and boundaries: the metaphysical and the very real.
Ronan Halpin – From Achill to Dallas: The voyage of Icarus, as captured in the sculptor’s diary.
Philip Davison – As both boy architect and grown-up son, the novelist accompanies his father to places familiar and foreign.
Jonathan White – Jonathan’s evocative tale takes us across time… not least to when people could shake hands.
Barry Devlin – The inimitable director, writer and Horslip is happy to get mistaken for someone else for a day…

Watch this space for a growing library of Chops.
Click an author’s name to read their Chop. 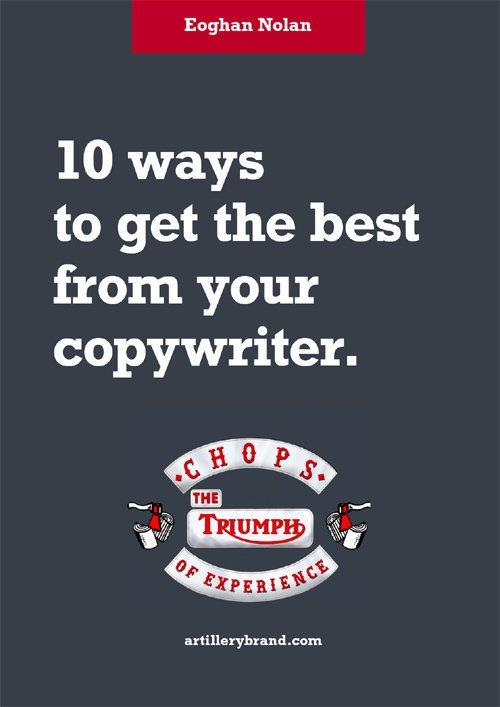 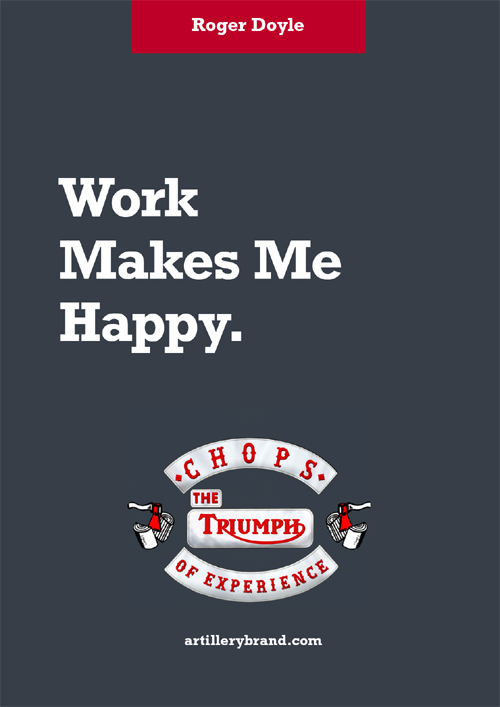 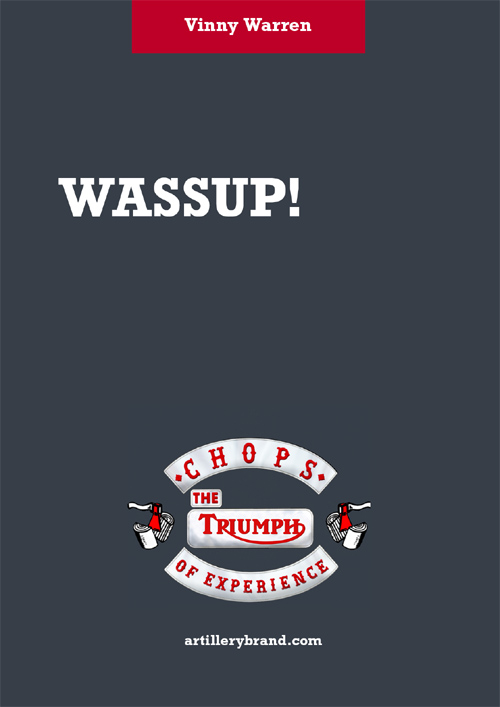 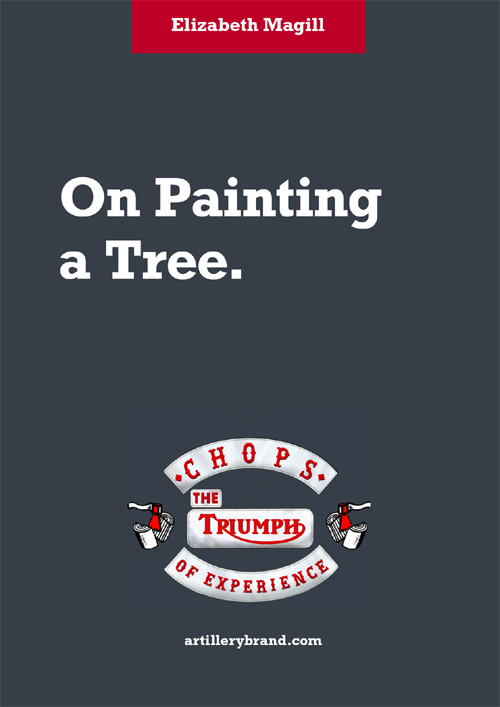 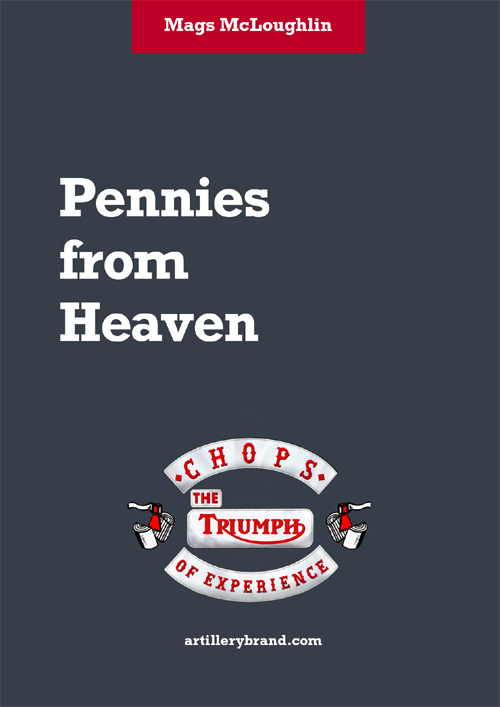 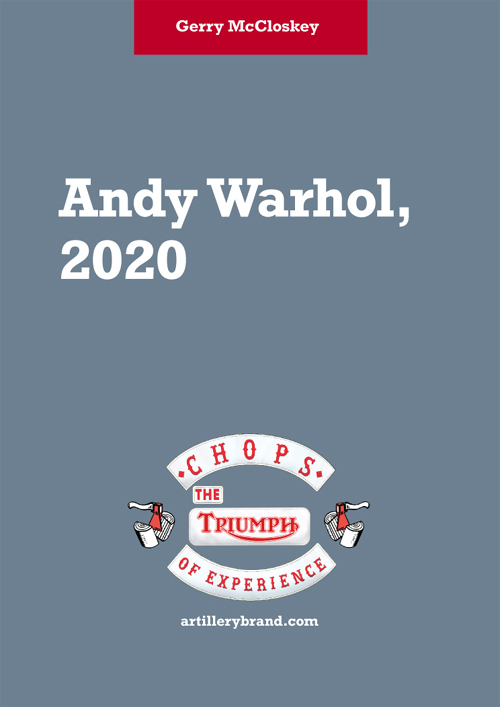 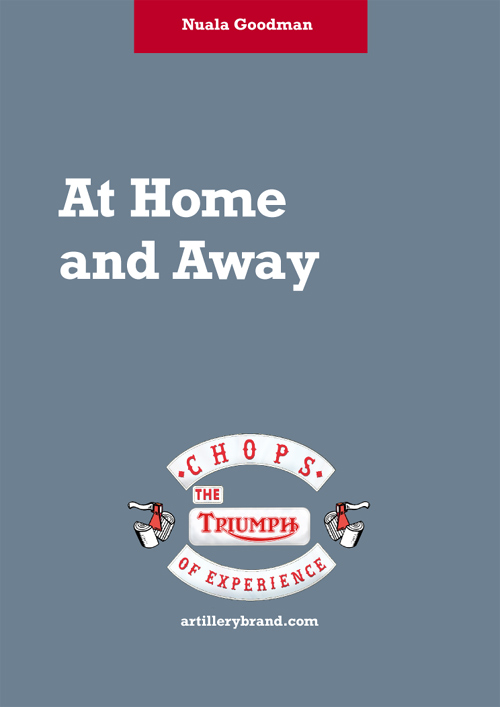 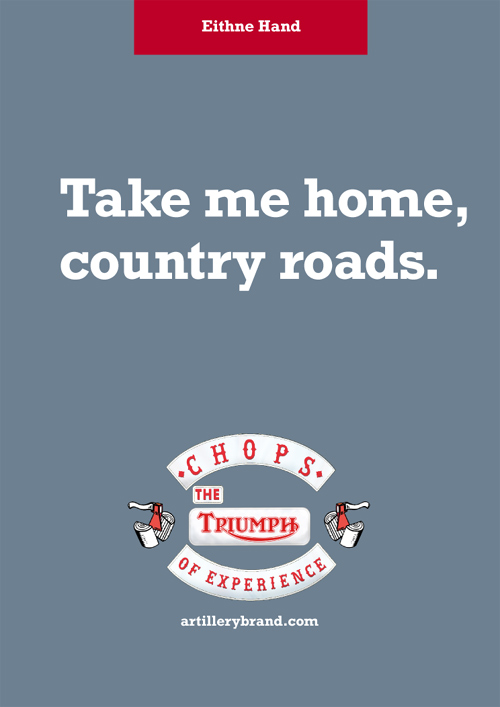 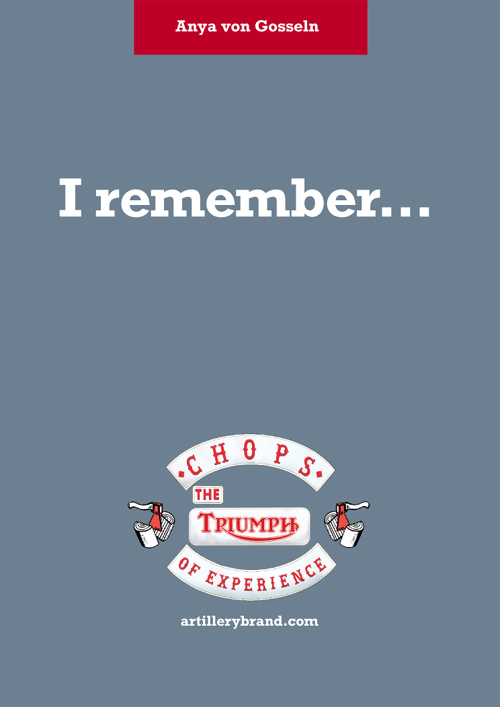 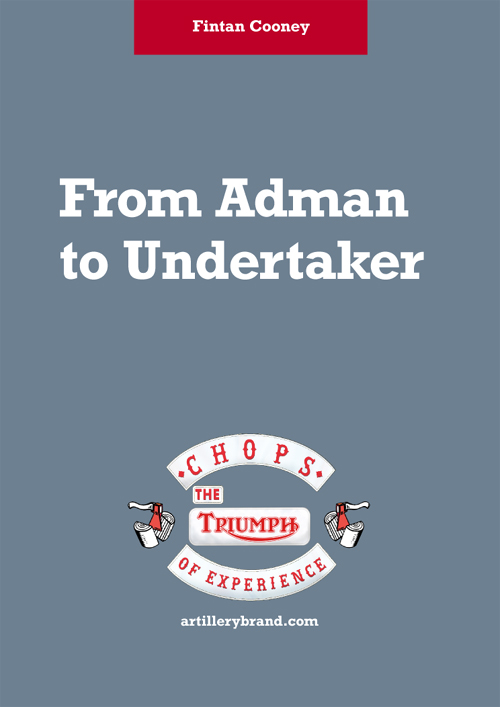 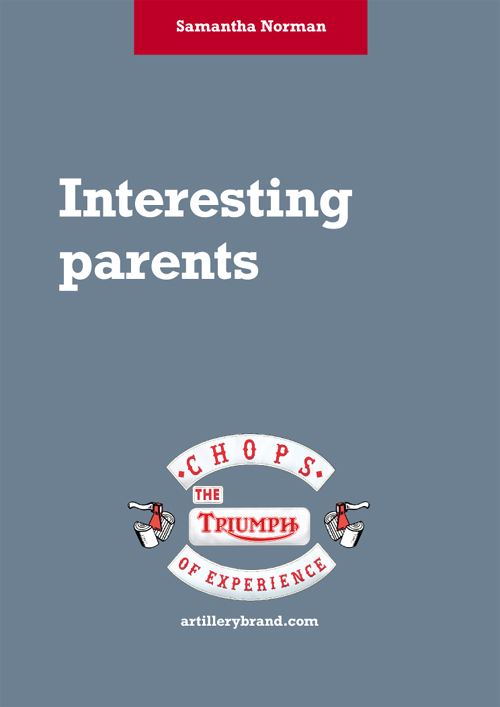 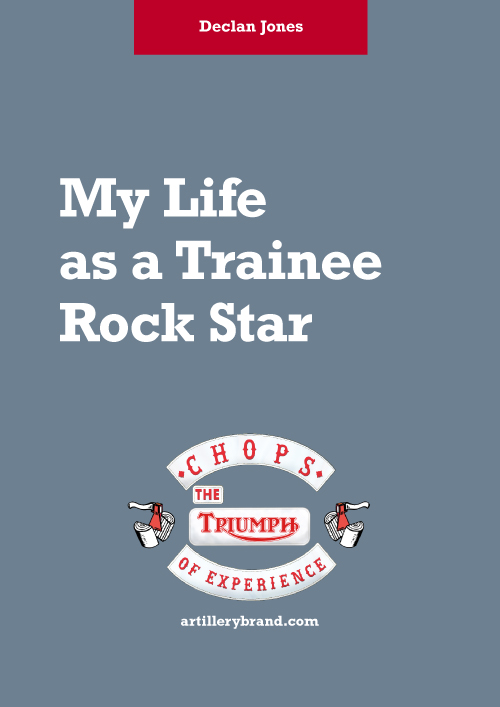 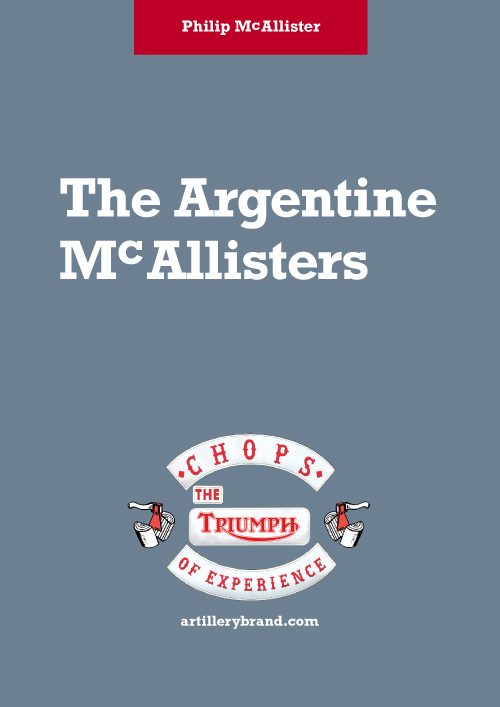 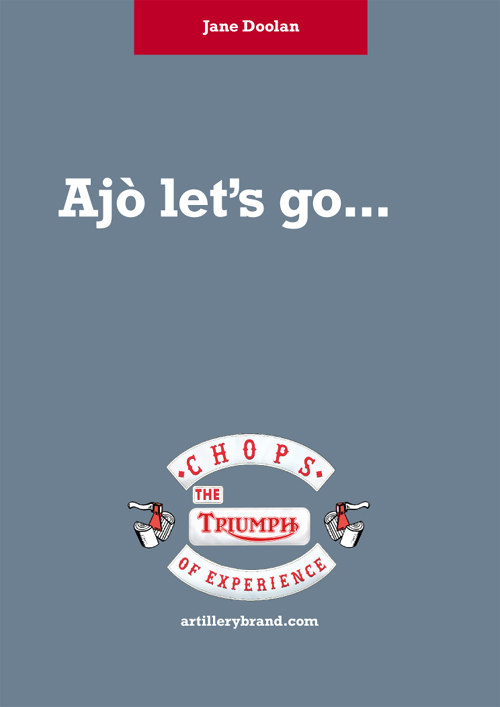 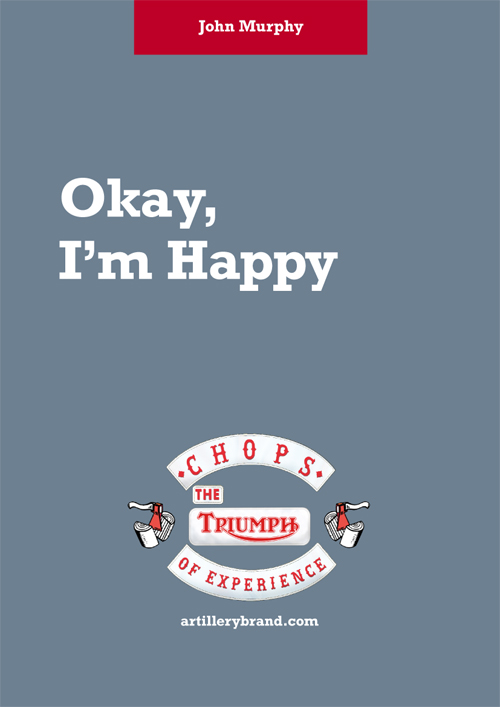 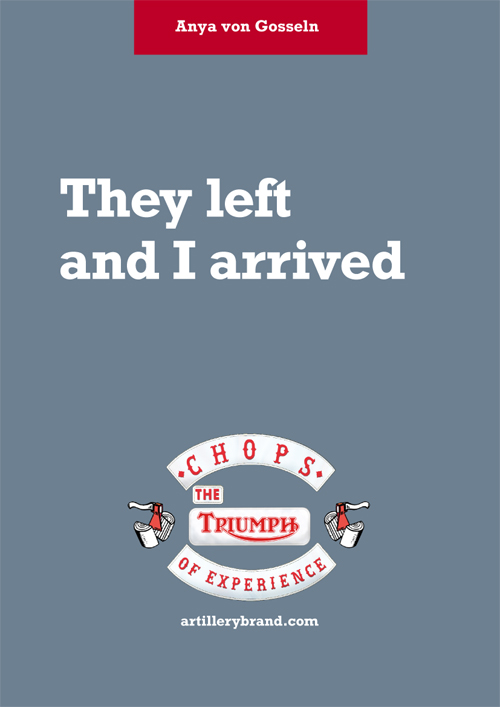 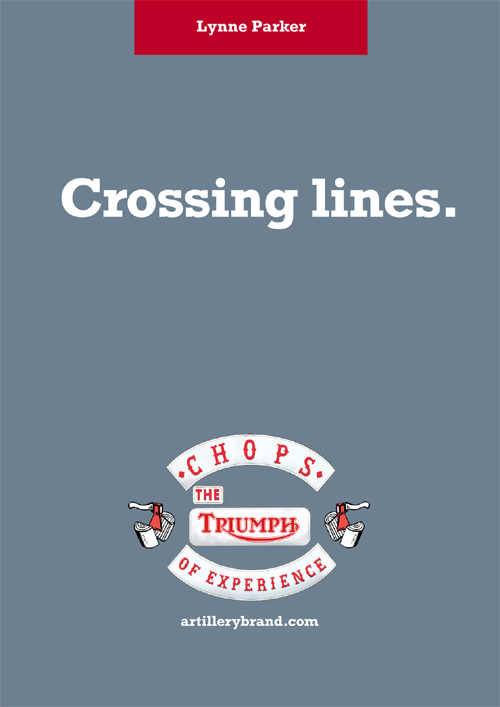 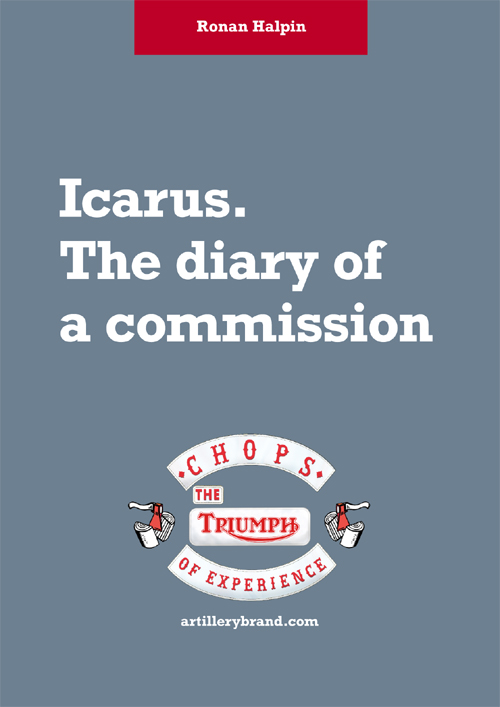 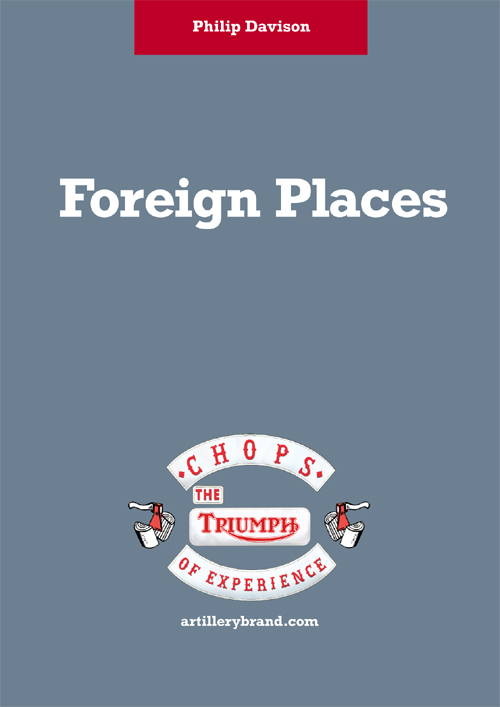 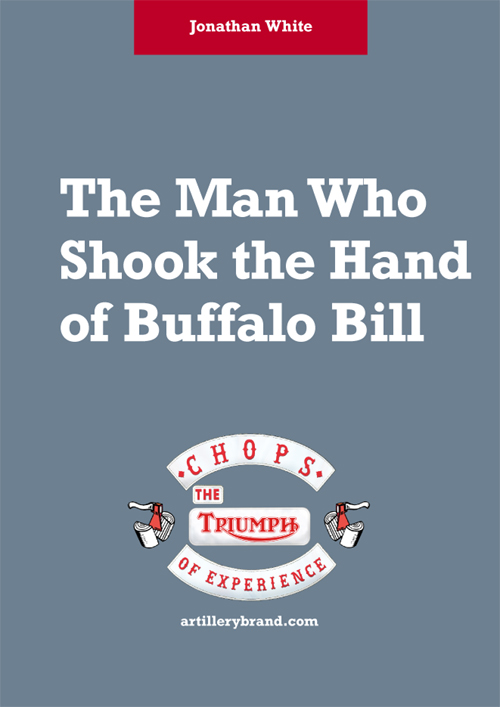 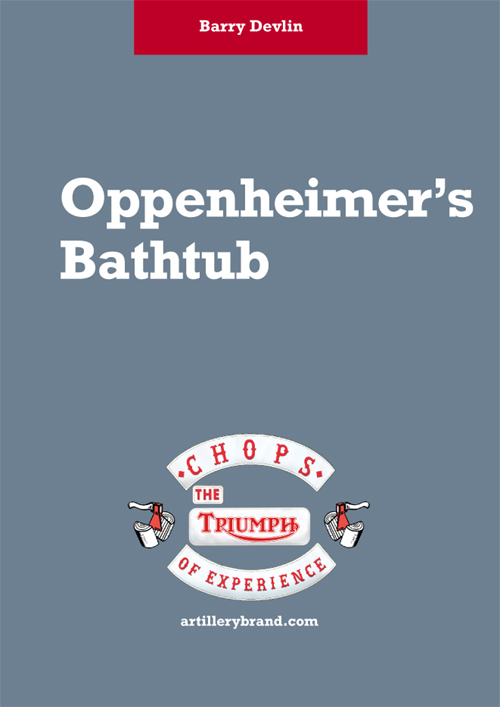